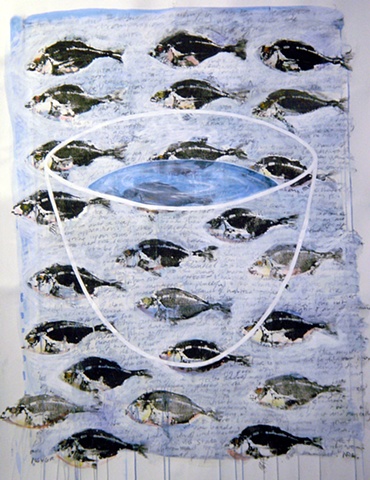 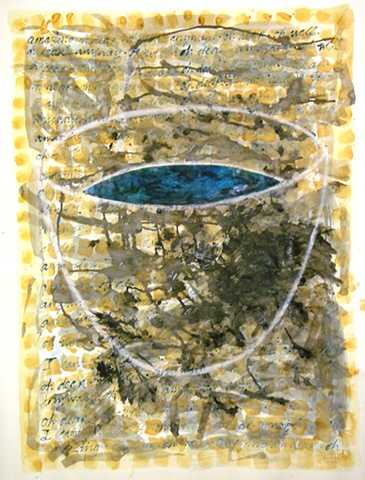 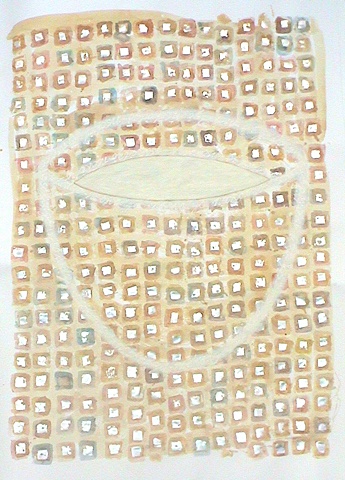 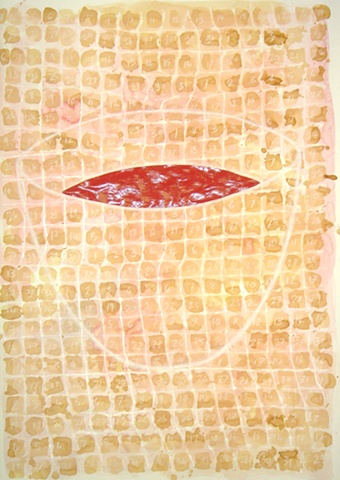 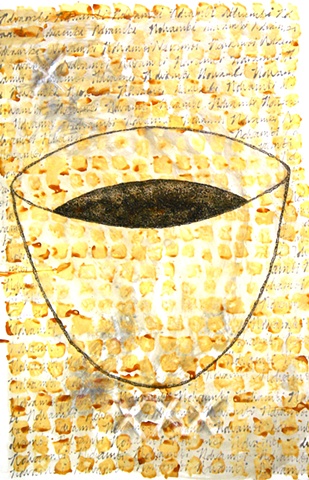 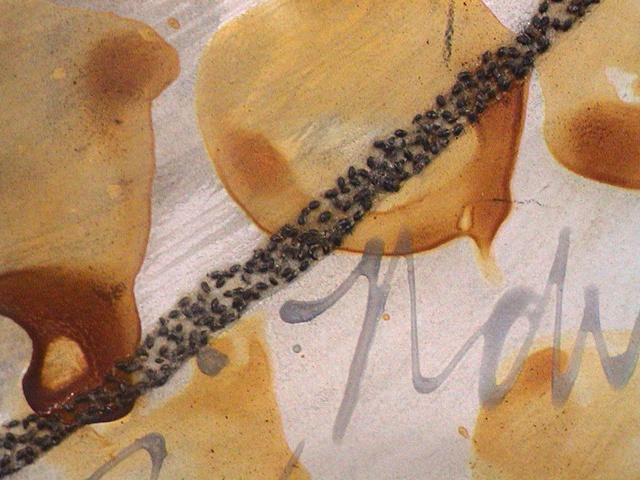 Erika Hibbert writing about Bowls. September 2008 In recent work I have explored some essential material elements that define some aspects of the human condition. So I worked with seeds, blood, tears, milk...as contents of my ‘Big Bowls’. I first became interested in the power of a simple bowl when I depicted an actual metal bowl used for burning incense during ceremonies in Mozambique. That bowl started recurring in my work. With time bowls become my short hand for ‘life’. To a large extent it has replaced my use of the human form. I love its simplicity and beauty. For me bowls are about humans making culture out of nature. Its function is vessel, harbourer, and holder of life. I use the bowl to refer in an abbreviated kind of way, to the limits and edges of the aspects of life that interest me. The stylised image of the bowl’s ellipse is pulled backward and forward in my works so that it has assumed various meanings for me: The bowl’s ellipse is the passage into the experience and also out of it. In the bowl’s 2D representation (the way I use it most) the ellipse also refers to a pit – and a grave. The ellipse also refers to the human eye – reason, art, culture, greed, desire. The ellipse also references a pill – the bitter pill of life itself, but also the sweetening tricks that make life seem meaningful or important – the little self induced states that make one feel better - painkillers. Then the ellipse also becomes an arena or stage for the display of remnants of experiences or for the performance of life affirming or life defying acts.