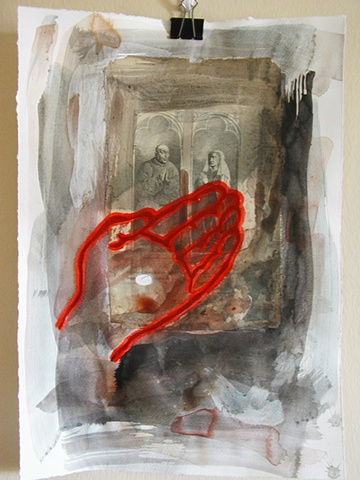 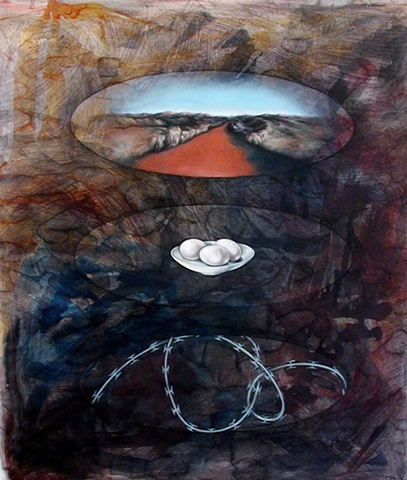 Erika Hibbert is a South African multidisciplinary visual artist and educator based in Atlanta, Georgia. Her multimedia artworks are intimate expressions of her experience as an artist and mother living and working on foreign soil, drawing on themes of dislocation, migration, alienation, nostalgia, and belonging. As a cathartic method of expelling her fears, in a process of better understanding herself and those she is closely connected to, she pulls and picks at her life’s experiences; measuring, weighing and sifting, searching. The political and social accents in her work are always referred to, and derived from, her own life– the surprise of the work is how the private examination of the personal resonates with the largest and most universal of themes. Hibbert works her subjects in charcoal, oxides, inks, pigments, soil and oil paint and beeswax on canvas and paper or panel, as well as working in the print media of lithography, etching and photography.

Hibbert studied Fine Arts at the University of Witwatersrand in Johannesburg where she received her BA.FA in 1989 and her higher diploma in education in 1990. A 2003 recipient of the Ampersand Fellowship, Hibbert lived and worked in Johannesburg between the early 1990s and the early 2000s, both on her own work and as a lecturer at local community colleges and in various community art development projects in the newly democratic South Africa. In 2004, she relocated to Botswana with her two daughters where she worked as an arts educator. In 2009, she relocated to Atlanta, Georgia, where she continues to live, work and teach. Her new artworks continue to combine the visceral and the abstract, the somatic and the conceptual, in an endless tug between physicality and spirituality.